CRANE 4.0 takes inspiration from analytical reports of the European Commission which urges to up-skill and re-skill the European construction labour force with new skills to meet the demand of the labour market for new digital competences.

The project aims to improve work-based and initial/continuous learning of crane operators to adapt their skills to the Industry 4.0 skills requirements.

CRANE 4.0 will do so through the development of a Virtual Reality (VR) application downloadable from partners' websites, from the project website and from the main platforms for mobile applications download. The innovative use of VR in the training of crane operators is an added value for all those public and private VET providers who want to offer upskilling pathways to their educators and training.

At the very start of the project, partners will identify the main requirements related to learning needs and competences of crane operators in the new 4.0 industrial setting. 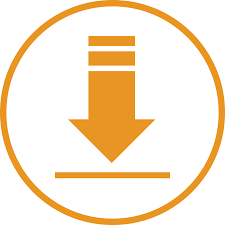 Download the questionnaire
The research phase will be led by CAMIS, being the research and innovation department of the University of Bucharest, afterwards the partners will define the course structure and contents.

The final output will be a Curriculum Handbook divided into two sections.

The first section will contain the description of the Course Plan, which includes:

The second section will consist of the Didactic Manual, containing the methodology and the teaching material of the Curriculum.

For what concerns the methodology, the course will be a blend of face-toface classrooms and Virtual Reality Laboratories.

The contents will include:

1. Teaching material for the face-to-face classrooms divided into modules for a total of 40 hours.
2. Didactic and pedagogical materials for the Virtual Reality Laboratories (VR Labs): through the on-the-job VR-labs, students will interact with the learning scenarios selected by the partners, thus practising the content of the face-to-face sessions in a safe and controlled environment.
The methodology will facilitate mobile crane operations training that is currently very expensive for construction companies and VET centres.

The expected outcome of this IO is a new curriculum taught through original and innovative didactic materials (fully accessible and downloadable from the project and partners’ websites) which would allow filling a training gap at European level. In fact, the innovative character of this IO can be found in the cutting-edge and forward-looking Handbook.

The final Handbook will be freely available and will accompany the second output of the project, enabling trainers from different entities to use the VR application in other countries without additional costs.

The second output represents the core of the project and the innovative character of the output: the VR application which will simulate the mobile crane operations.

The app will be targeted at private and public training centers, construction enterprises, contractors and their professional organisations, construction workers' trade unions and other organisations (chambers of industry, commerce and crafts, education and training providers, etc.).

The VR app will be an innovative tool for these beneficiaries who usually don’t dispose of this kind of training support.

The VR app thus allows installing an engaging and forward-looking training facilitator that will make the teaching and learning experience fun and attractive while optimizing training and training costs (both in terms of personnel and equipment) for those interested entities willing to adopt the tool.

More than one in five fatal accidents at work in the EU-28 in 2015 took place within the construction sector. It is strictly urgent to tackle this issue, also allowing construction sector training facilitators to adopt a training tool that can be adopted not only for the initial VET training but also to continuously update the skills and competences of their crane operators.

The application will, therefore:
- Reduce the time needed for a new employee to become a qualified and experienced operator,
- Reduce injuries and accidents during the training of new operators,
- Train operators in emergency situations simulated with VR,
- Address, with the use of VR, both the initial and continuous training of crane operators
- Simulate possible situations of work interference with other machines (in the case of sites with more than one vehicle operating simultaneously).

SQL will lead the second intellectual output. The Greek ICT partner will take care of the design, development and testing of the VR application while IBOXC will lead the assessment, validation and recognition phases that will be essential for the implementation of the blended pilot testing of IO3.

The VR application requires four main stages for its development:

The first stage will deliver the raw material that SQL will ask other partners in order to kick start the development of the application.

After the finalisation of the first stage, the relevant department will proceed to stage 2:

The third stage is dedicated to the beta testing of the application.
Partners in charge, acting as users, will undertake the responsibility to provide and/or propose possible changes or amendments to be embodied in the final version. It is at this stage that the partners will develop the Didactic Manual for the VR labs implementation.

The 4th Stage starts with the incorporation of the suggested amendments as occurred from the previous stage. The 4th and final Stage includes also the application’s graphic design whereas at the same time sound effects and/or narration will be created and integrated into the application.
Once the checking procedure is completed, the writing of Users’ Technical Guide can start following by the delivery of B’ version (final).

Trainers will then complete the study of the IO1 Curriculum Handbook and then will take part in the train-the-trainer activity in Romania (Bucharest).
After having completed the training in Bucharest, partners’ trainers will implement the pilot training in their countries. 10 trainees per country will be involved. Users will be involved in face-to-face training (40 hours) and in the VR laboratories (IO3).

The third IO will represent the true-objectification of the Crane 4.0 project, in fact, it will test on a sample of 55 users in the whole consortium the blended training course (face-to-face and VR laboratories).

The pilot will be attended by at least 55 mobile crane operators willing to upskill themselves and acquire new labour market-oriented competences and/or young adults willing to start a new career in the construction sector through a forward-looking training.

The testers will first attend the 40 hours face-to-face training with the partners' trainers and then will attend the VR laboratories devoted to the use of the new VR application.

The innovative feature of CRANE 4.0 is in its methodology for the confirmation of the learning outcomes - the laboratories, indeed, are aimed at shading light and developing the user’s capabilitization, meant as full-awareness of the acquired competences for their usability at work.
The testers will then receive a certificate of attendance recognised by all the partners of the consortium.

The final result of this IO will be the development of a Procedural manual for the VR laboratory.

This manual will describe process and procedures control that will support the management of the VRLabs as well as its transferability to different organisational contexts.

It will be promoted through VET providers, employment services (both public and private), construction workers' trade unions and other organisations (chambers of industry, commerce and crafts, education and training providers, etc.).

After the finalisation of IO2, 2 trainers from each partner organisation will take part in the train-the trainer session in Romania (C1). They will first complete the study of the Curriculum Handbook and then they will take part in the pilot testing of the VR application.
The trained trainers will implement the blended training in each participating country involving at least 10 users (15 in Spain).

The users will take part in the 40 hours face-to-face training and then to the VR-labs which represent the characteristic element of this output - the actual experimentation of the VR.

Users' and target organisations will be engaged during the Multiplier events but most of all, true direct contact with the participating partners.

After the pilot tests, the implementing partners will draft a report describing their experience and the criticalities encountered, following the guidelines distributed by MECB.

After the pilot implementation, IO1 Curriculum Handbook, IO2 Users' Technical Guide and the Quality Manual for the VR-Labs and LOs will be revised.